Three great – Musketeers of the Baltic

Tonight and morning three competitors finished the eighth Battle of Gotland. Zenon Jankowski, Aleksandra Emche and Paweł Biały, despite the storm, sailed around Gotland and returned safely to the port.

The winner of this year’s edition of the Great Sailing Battle of Gotland – Konsal Challenge 2019 in the general classification (first at the finish) and in the ORC category is Zenon Jankowski on the Oceanna (Outborn 39). Zenon entered the finish line yesterday at 23.12, 83 hours and 12 minutes from the start (3 days, 11 hours, 12 minutes).

“The first night was the hardest”, admitted the winner. “The yacht was a bit over-sailed and it was fear to go aboard to drop the remainder of the main sail. But on the other hand – yesterday at the backstage course, the anemometer also showed me 50 knots of apparent wind, so it wasn’t easy anyway. I did not expect such a result.” Fourteen people greeted him like a hero on the quay in the middle of the night. It was the fifth start of Zenon Jankowski in the Battle and the first victory, although in 2015 he finished third. 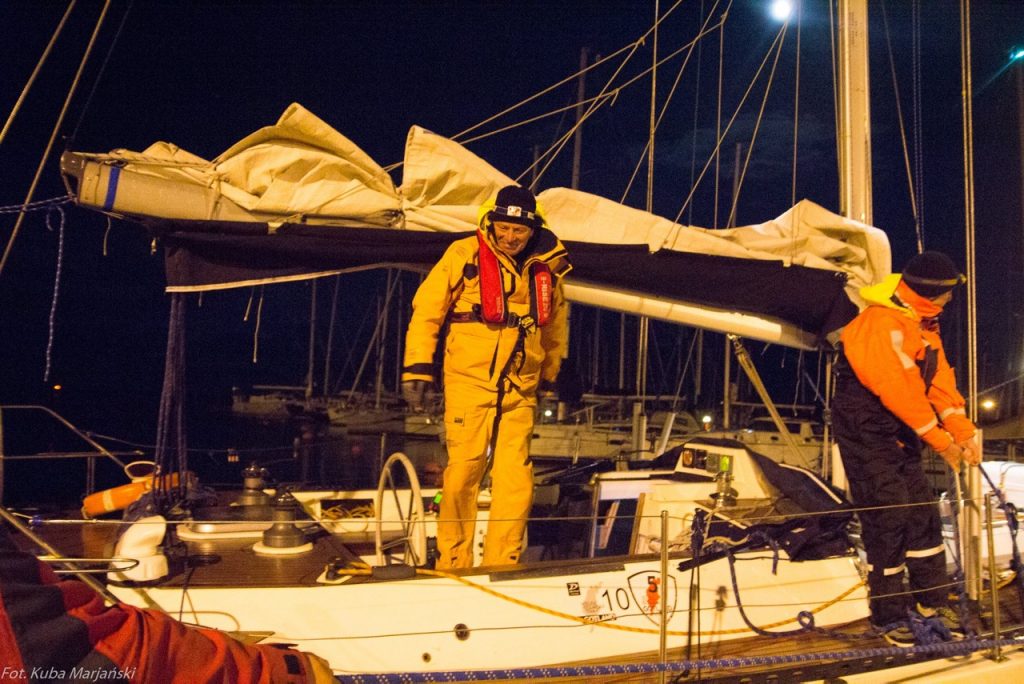 Aleksandra Emche was second at the finish line on s/y Mokotów (Conrad 45 – Opal III). She crossed the finish line today in the morning at 03.08. Happy and to everyone’s surprise – rested. (Cruise time – 3 days, 15 hours, 8 minutes.) Ola is a long-time veteran of battle struggles – this was her fifth start and the first completed such a great success. The captain of the yacht Mokotów has always focused primarily on safety and good preparation. However, it is difficult to achieve fully satisfactory results on chartered vessels. It was only on Opal, a yacht adapted to the unpleasant Baltic wave, which Ola knows like her own pocket, because she spends a lot of time under its sails, she managed to stand on the podium.

“The start was actually the worst for me,” says Aleksandra Emche. “I drove the whole bay too preventively, saving Mokotow, and I could have unraveled sails earlier.” Her greatest pleasure was seeing the flare solemnly fired in the port heads by the welcoming committee. And after securing the yacht, she ran into the shower. 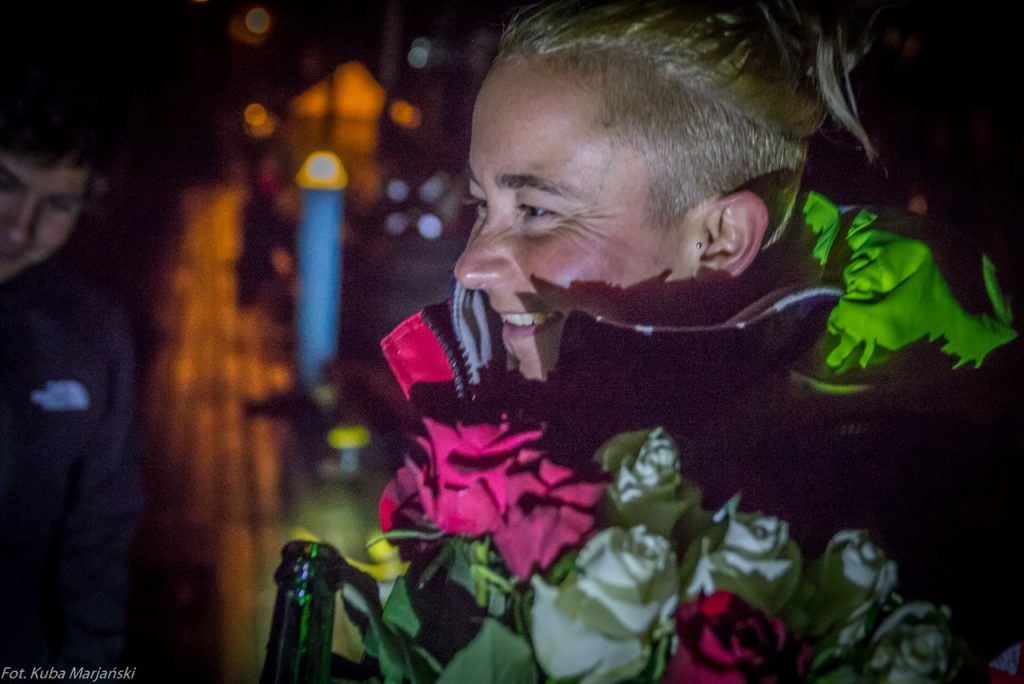 The third and last in the general classification at the finish line and the second in the Open class is Paweł Biały on the s/y Delphia III (Delphia 40.3), who reached the finish today at 06.30 after 3 days, 18 hours and 30 minutes of sailing. “The most pleasant moment? I think the finish line!” – he said laughingly going ashore. “At Salvorev we had to wait for the wind again. Zero for over two hours. It always seems to me that I get on it, but in the end it happens a few or several hours later than I expect. The worst night was last night: rain, hail, cold, all wet. And the first day – the massacre, as known.” It was Paweł’s third start in the Battle of Gotland and the first such high place. 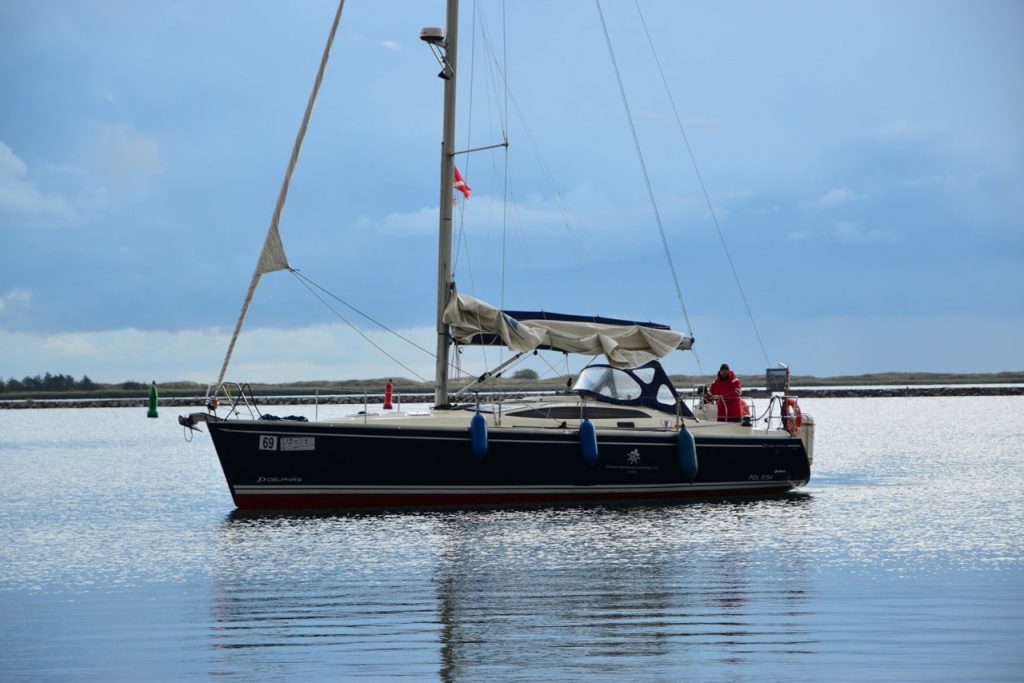 The originator, organizer and director of the Battle of Gotland regatta, Krystian Szypka, summarizes the just finished, eighth edition of this unique race:

“Thank you very much to the players, the team and the fans. I am glad that our regatta attracts sailors who are better prepared for this difficult competition. Battle is sleepless nights and stress also for me, so I really enjoy the feeling of relief when the last yacht enters the port. I am very sorry that Dancing Queen and Blue Horizon had to stop the race because they had a record in range, and I really want someone to break it.”

Once again, when asked about the reasons for not postponing the start, he says: “If we had not decided to start as planned, then Battle of Gotland would simply not have been this year. In the autumn on the Baltic Sea low follows low, you can wait until spring. Of course it was my decision, but it was supported by the players’ position.”

The battle evolves from year to year, and changes in the regulations of subsequent editions are introduced gradually and in a systemic way: “We have a program of gradually increasing requirements for players and we are implementing it. Already this year, we based the verification on Category 2 of the OSR (World Sailing Offshore Special Regulations) and further editions will follow in this direction, with each year introducing several new points – now it will be mandatory Sea Survival training.”

The date of the official, ceremonial ending of the eighth Great Sailing Battle of Gotland and the presentation of prizes, i.e. the transitive cup of the winner in the ORC class – Zenon Jankowski, the cup for the victory in the Open class for Ola Emche, as well as the prize Edward Zając (for the last at the finish) to Paweł Biały, will be given at the end of October.

Archived media information from this year and from previous years can be found at: