START – It will be a very interesting, technical race

Today, on September 13, 2020, at 1200, with 12 kn wind and sun breaking through the clouds, 16 competitors set off on the route of the Great Sailing Battle of Gotland. It is the toughest sea sailing race in Poland and the only national regatta qualifying for the start in international races of ocean solo sailors. The rules of the competition have remained unchanged for years – the route is 500 miles around Gotland and must be covered without stopping, sailing solo.

16 riders appeared at the start of the race around Gotland, out of the initial 20 entered. It is significant and characteristic of this event. The very preparation of the yacht and the sailor for the Battle often turns out to be too difficult and eliminating the pair from the starting list. It is not without reason that this regatta is considered the most difficult not only in Poland, but in the entire Baltic Sea region. 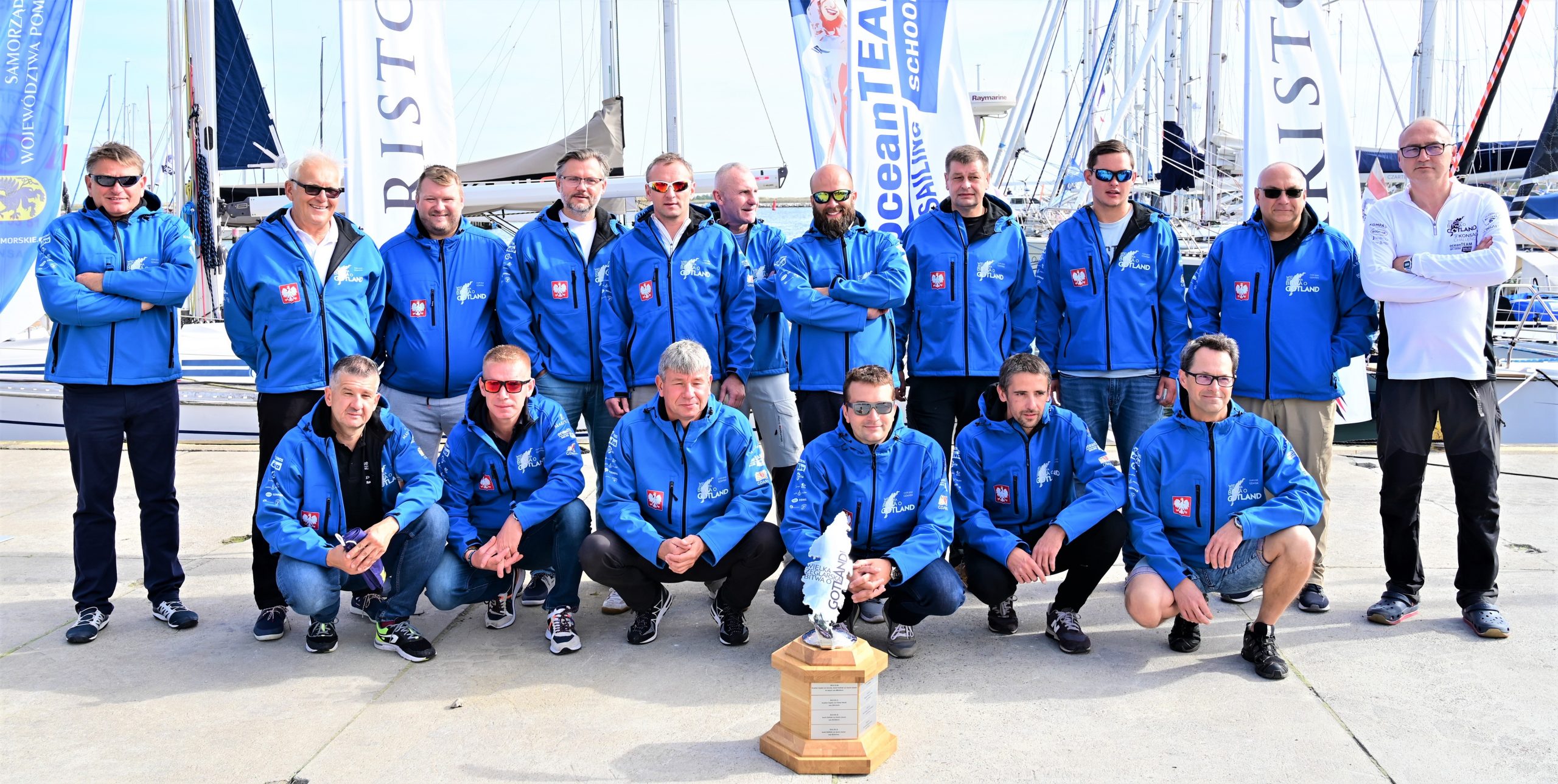 The conditions on the route also constitute the difficulty of the Battle. The September Baltic Sea can show its power and most of the editions are strong wind. However, as experts forecast, we do not expect a storm this time. “In the first day of the race, the west wind will blow, in the Gdańsk Bay area from 4-5 ° B, on the high seas 5-6 ° B. After midnight, the wind speed will gradually decrease. The trend of decreasing wind speed will continue for the next 24 hours. “ – says Juliusz Orlikowski, a meteorologist. “We expect light winds in the following days of the race. However, the barometric situation is quite unstable and conditions can change over the course of a few days.”

What does this mean for players? “It will be a very interesting, technical regatta” – says the regatta director, Krystian Szypka. “The initial strong wind will favor longer and heavier vessels that carry more sail” – he explains. “But later, after changing the conditions to low-wind conditions, there will be a chance for smaller yachts. Above all, however, it will be a test for the tactical and sailing skills of the sailors. The decisive factor here will be skillful sail work and the choice of the route variant. So it promises to be a very interesting competition.”

The players’ attitude towards these forecasts is very different.

“From Busy Lizzy’s perspective, the wind situation is very good” – says Kuba Marjański, one of the Battle of Gotland veterans. “I hope to reach the southern tip of Gotland in the next 24 hours. I expect wind between 20 and 30 knots, perfect conditions for the heavier yachts my vessel belongs to. And then, we’ll see.”

The prognosis is worried by the winner of the previous edition, Zenon Jankowski, who a few days before the start declared that “Blachy” (this is what the competitors say for the Battle trophy) will not give up easily. He has made preparations for it. His vessel, Oceanna, has new sails and reduced weight. The sailor admits that the weather for the first night suits him, while the expected return winds are weak and opposite (from the bow), less. His yacht in close hauled is not doing very well.

This year’s race saw three newcomers. What are they counting on? The youngest, only 20 years old Kamil Baranowski, humbly says that he is not going to go crazy and his goal is to reach the finish line safe. On the other hand, Adam Szeligowski recalls with a twinkle: “I prepared a genaker for the roler, the other one is waiting below deck. For my yacht, such mid-wind conditions are perfect. I’m going to fight for the best result.”

According to the Battle custom, the players on the water will be accompanied by cover units, mainly responsible for radio communication with the participants. The role of “Angels” in this year’s edition are: the sailing ship Generał Zaruski and the yachts: Marco Polo and Mokotów. On the board of the latter, the captain is Aleksandra B. Emche, known to fans from previous editions of the Battle, in which she participated as a player. Angels are also tracked, but as Krystian Szypka explains, their position will not be made available to the fans. “This is dictated by the desire to simplify the image on the water” – explains the director of the regatta – “This will allow the fans to focus on what is most important – on the competition of the Competitors in pursuit of Gotland.” 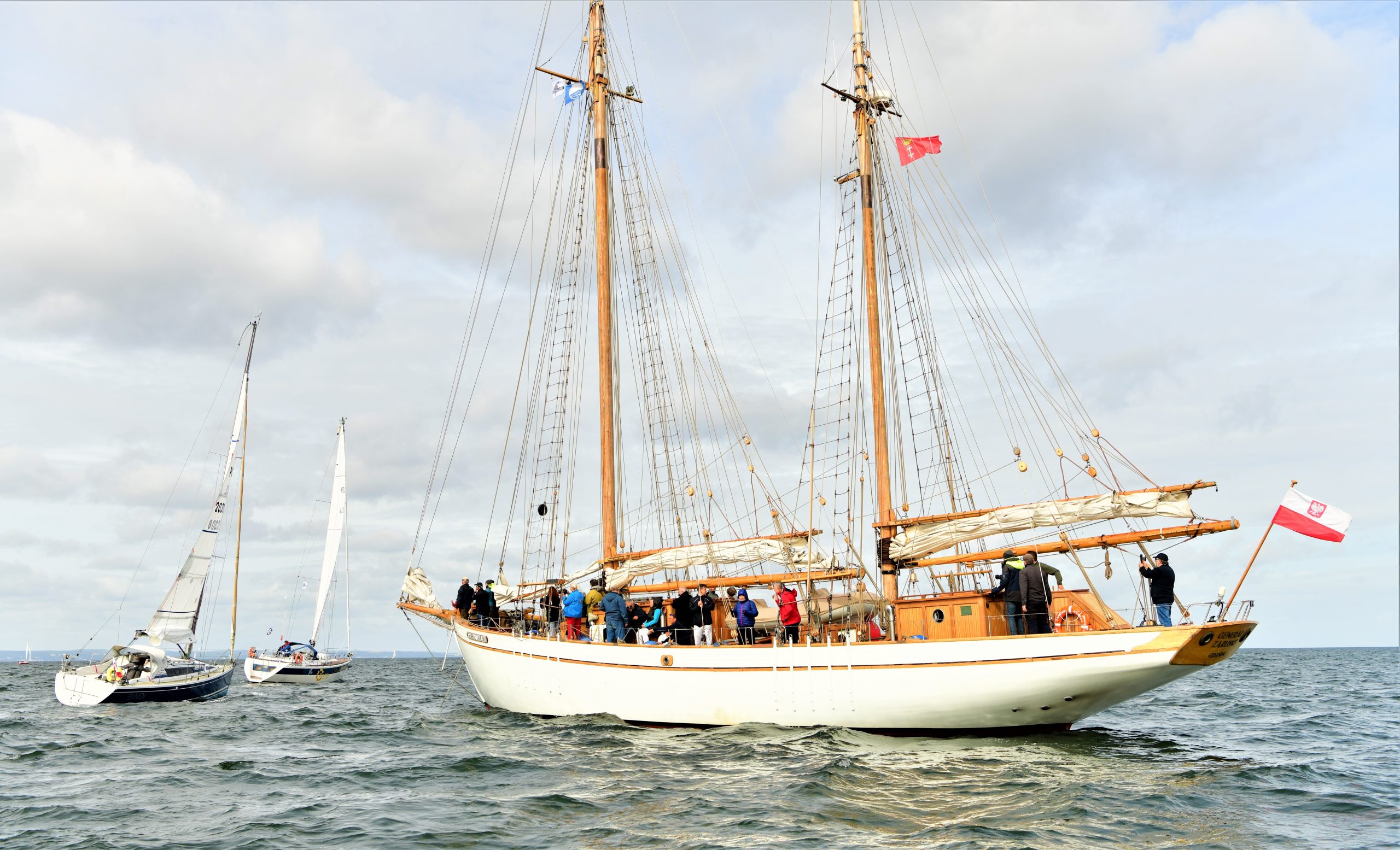 The first competitors at the finish line can be expected on Wednesday, September 16.