Less than a week to the start of the 9th edition

This Sunday, September 13, the ninth regatta of the Great Sailing Battle of Gotland will begin. Exactly twenty competitors will stand at the starting line of the most difficult sailing race in Poland. It is a unique event that attracts more and more fans and a large group of participants every year. The route remains the same – from Gdańsk around Gotland, non-stop, 500 miles across the autumn Baltic Sea, and sailors go solo. 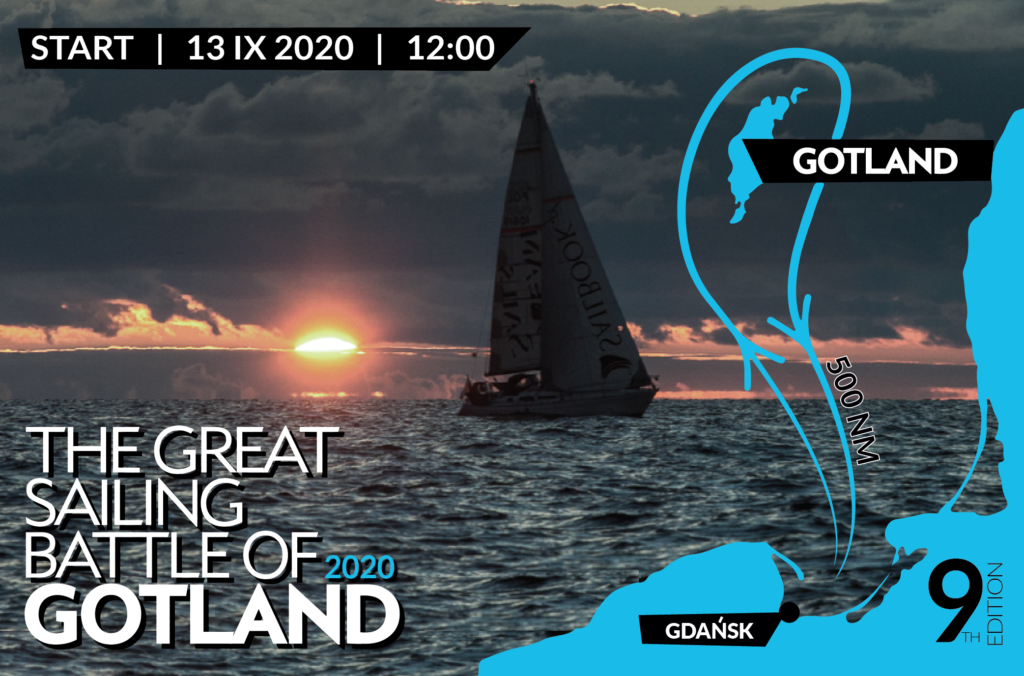 The Battle of Gotland is the most difficult maritime sailing race in Poland. The rules of the competition are always the same – the route is 500 miles around Gotland and must be covered non-stop. There is one man on each yacht, and the September regatta date makes it difficult. During last year’s edition, sailors learned about how demanding the Baltic Sea in autumn can be, when stormy weather meant that only 3 competitors (out of 23 starters) reached the finish line – captains Zenon Jankowski, Aleksandra B. Emche and Paweł Biały.

Over the last 8 editions, the battle has evolved from a friendly 1v1 race to the annual celebration of solo sailors. In record years, almost 30 yachts appeared at the start (2017 and 2018 editions), this year the organizers decided to limit this number to 20. Why? Capt. Krystian Szypka, the originator and director of the regatta, explains “Safety is the most important thing for us. The experience of previous editions has led us to the conclusion that the number of up to 20 participants requires the level of organization, security and logistics that we can provide in a professional manner with the resources at our disposal. Hence the decision to have a maximum limit of 20 yachts in this year’s race. “

Also, for safety reasons, as every year, each yacht will undergo an equipment inspection before take-off based on the requirements of World Sailing OSR. This control will be carried out by Tomasz Konnak, an experienced sailor who is the chief judge of the regatta. The organizers of the Battle also provide competitors with regular updates of the weather forecast (prepared by the meteorological center of Kazimierz Sawczuk and Juliusz Orlikowski), on-line satellite tracking and 24-hour medical duty. According to the Battle custom, competitors on the water will be accompanied by a cover unit, responsible mainly for radio communication with the participants. In the role of the “Angel” this year, the sailing ship General Zaruski, handed over to perform this function by the strategic partner of the regatta – the City of Gdańsk.

Only men are on the starting list of Battle 2020 – none of the three ladies who have taken the challenge so far will appear at the start this year, and there are no new ones. Among the starters, we will find as many as 5 debutants. This is their first time in this race, but each of them has the necessary marine experience. The youngest of them, Kamil Baranowski, is only 20 years old and it is a record in the history of starts. Kamil has been dreaming about the Battle since its first edition, that is… since childhood. His goal is to reach the finish line, but a large group of his fans counts on more and keeps their fingers crossed for the best result.

The start and finish port will be the Przełom Marina in Górki Zachodnie. During the regatta, there will be a racing village, where the race office will be located, and the port area will be accessible to the families of competitors and fans.

It will be possible to follow the struggles of solo sailors online using Yellow Brick tracking.