The first edition of the Great Battle of Gotland came from idea of three famous Polish sailors: Radek Kowalczyk, Jacek Zieliński and Krystian Szypka. Krystian preparing to take part in the legendary race – OSTAR solitaire regatta (more than 3000 nm from Plymouth UK to Newport USA up to wind and north Atlantic currents) Krystian must have to qualify for a qualifying cruise at least 500mil and a maximum of 2 turning points. There wasn’t regatta meeting such requirements on Baltic Sea so He was decided to make a new race – unique on Baltic . Because Jacek started off from Gdańsk and Krystian from Swinoujscie, it was decided to use this fact and turn it into a confrontation between the East and the West. The idea was very warmly welcomed in the sailing environment and local governments. Quickly acquired very important patronage and great media interest. By tracking position and regular competitors relationships through satellite communications, thousands of sailors watched the struggles of two daring fans. A synchronized start took place on October 4, 2012 at 12.00. The conditions were extremely difficult, both sailors went through two strong storms and both failed several damage on their yachts. The most interesting, however, was the finish, when almost four days of the murderous race they both fell into the Gulf of Gdansk almost simultaneously (the common finish was placed in Gdansk). Just after 4 o’clock in the morning, with the help of the motorboat judge they both crossed the finish at the same time fixing the historical draw of the first edition of the regatta, which confirmed their course of assumptions organized by the most difficult Baltic regatta regatta! The Royal Wester Yacht Club of England has confirmed that they are fully qualified for the Oceanic Lattice Regatta. Below the poster of the first edition 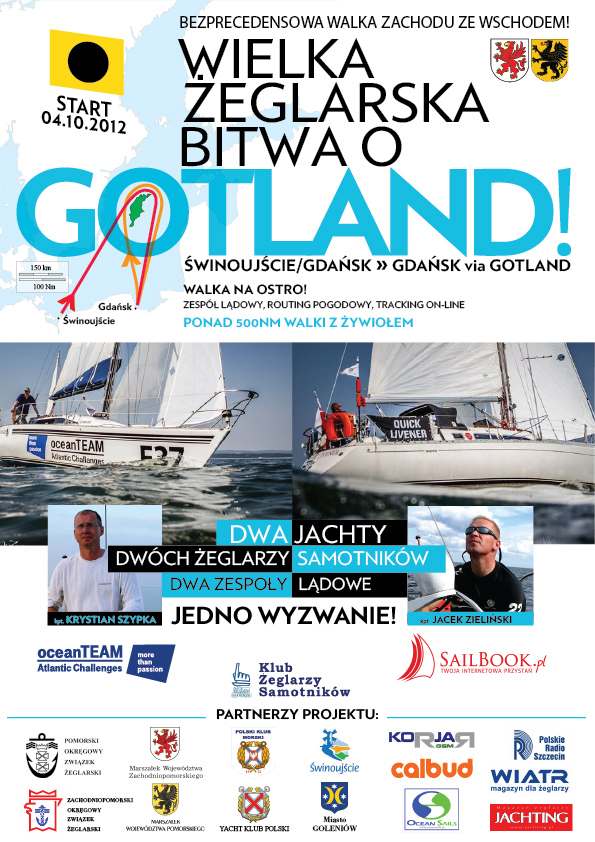 Due to the tragic death of our friend, the great sailor Edward “Galle” Rabbit, the organizers of the Great Battle of Gotland with the Singlehanded Sailing Club of have commemorated the memory of Edward by changing the formula of the 2nd edition of the race-memorial of his name.

On September 21st at 12am, singlehanded sailors took part at first Edward’s “Gale” Memorial. The rules of the race were based on the GBoG regatta, but with start in Ustka, with which Edek was so closely connected and with the finish in Gdansk, where, in co-operation with the Singlehanded Sailing Club Pomeranian Sailing association , there was an event of the memory of Edward “Gale” Rabbit.

The event was completely non-commercial: no entry fees and sponsors. Only honorary patrons were allowed. The basic organizational costs, including the monitoring of competitors, were covered by the organizers of Memorial and Pomeranian Sailing association. Below last year’s official poster of the event 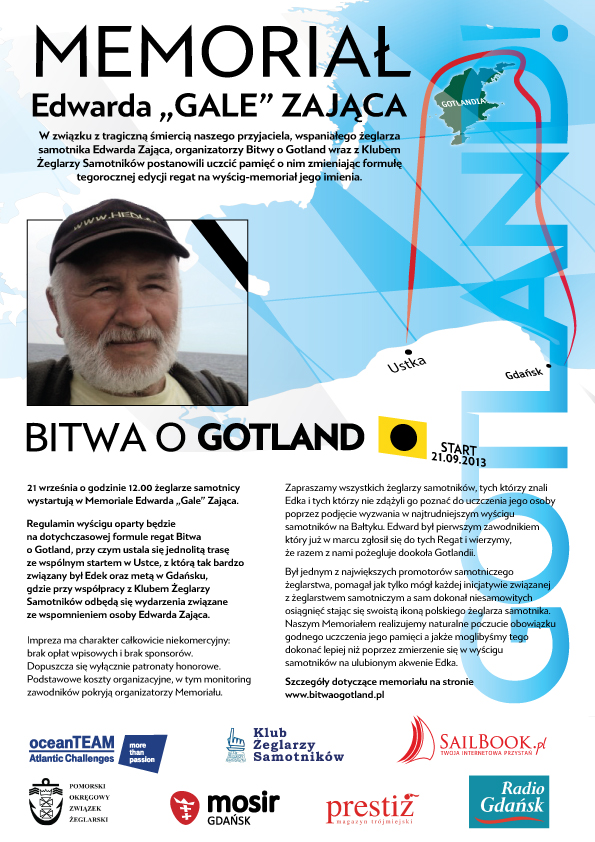 In 2014, it was the third edition of the Baltic’s most difficult solitary regatta. At the same time, they are one of the most difficult solo regattas in Europe, so their completion is recognized by sailing organizations as a qualification for reputable seagoing and oceanic regattas. OSTAR, AZAB, etc. To continue the annual recollection of the character of Edward Zając, we have established a special prize for his name for the most loyal competitor. The person who finishes the race as the last-listed competitor will receive his perseverance and consequence the prize for them. A man whose persistence, courage and opposition to the elements were a daily bread – Edward “Gale” Rabbit.

Because the original formula battle of west and east was quite cumbersome for the competitors (distance to take off / landing from the home port) we decided to go against the expectations of the skipper concerned. Since 2014 the battle has a common start and finish in Gdansk. On 12 September, the regattas took off from Gdansk (the athletes celebrated the marina – Gdańsk Shipyard Club in the Górki Zachodnie) with a record number (7 skippers) of competitors. Of the seven daredevils, only one had to return from the route (already at high Gotland) due to serious technical problems. The others have long lined up under the strong (6B) north-east wind. In the northern part of Gotland, veterans of the battle Jacek Zieliński and Krystian Szypka were played jibbing by jibbing. In the end, after calculated time Jacek Zieliński was receiving the Battle Plate from Krystian (the fastest in absolute terms). Reward them. Edward “Gale” hare won the last at the finish Maciek Ziemba. Detailed results at the bottom of the page. Regatta course in the NEWS tab.

In 2015, the start was placed in Gdansk on September 13, as usual at noon and the strategic partner was DELPHIA YACHTS – a renowned Polish manufacturer of world-known yachts and motorboats. The Battle of Gotland 2015 was a celebration of the 25th anniversary of the company’s activity. Extremely successful race had many unprecedented elements: 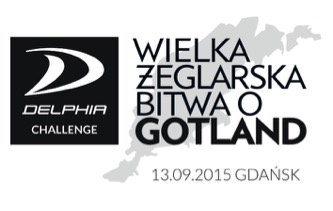 10th September 2017 – very special edition of Battle of Gotland. 12B severe storm forced the main group of competitors to abandon the race and find the shelter in east Gotland or Klaipeda. Only Miroslaw Zemke on s/y Hobart achieved to pass the finish line before the hit of storm. Thanks to that he defended the Batlle Cup won the year before. German sailor – Morten Bogacki on Mini6.50 class yacht did the epic fight with the storm but eventually he had to give up just several miles from the finish. (full history here)

We invite all singlehanded sailors who wish to broaden their horizons of experience and see themselves in real, long-distance races.

This is the most demanding sailing challenge among the Baltic races. The visibility and excitement of this fight guaranteed (tracking on-line, current mates with satellite communications, and all in the scenery of the cold and dreadful Baltic Sea), so we encourage all sailing fans to actively doping and support all the starters in this spectacular formula.