The first day of the Great Sailing Battle of Gotland regatta was spent by the competitors on a very fast sailing towards Gotland. The night passed without any dramatic experiences, although, as always in this race, some yachts had a crash and were eliminated from the competition. By noon today, three units withdrew from the regatta. The rest of the yachts are already off the coast of Gotland.

“The first 24 hours of the race were very fast sailing towards Gotland. There was a lot of wind, but from a convenient, western direction for sailors” – reports the director of the regatta, Krystian Szypka. “As expected, the largest yachts, Blue Horizon with Jacek Chabowski and Dancing Queen with Jerzy Matuszak, clearly took the lead.”

The second of the aforementioned units failed during the night. A serious malfunction of the control system forced capt. Jerzy Matuszak to resign from the race. At the moment, using emergency control, he is heading towards the Polish coast, accompanied by a Mokotów (shielding unit) under the command of Aleksandra B. Emche. During the day, the assistance will be given to General Zaruski, and Mokotów will head to the SE headland of Gotland to meet the fastest yachts of the rate on their way back after circling the island. 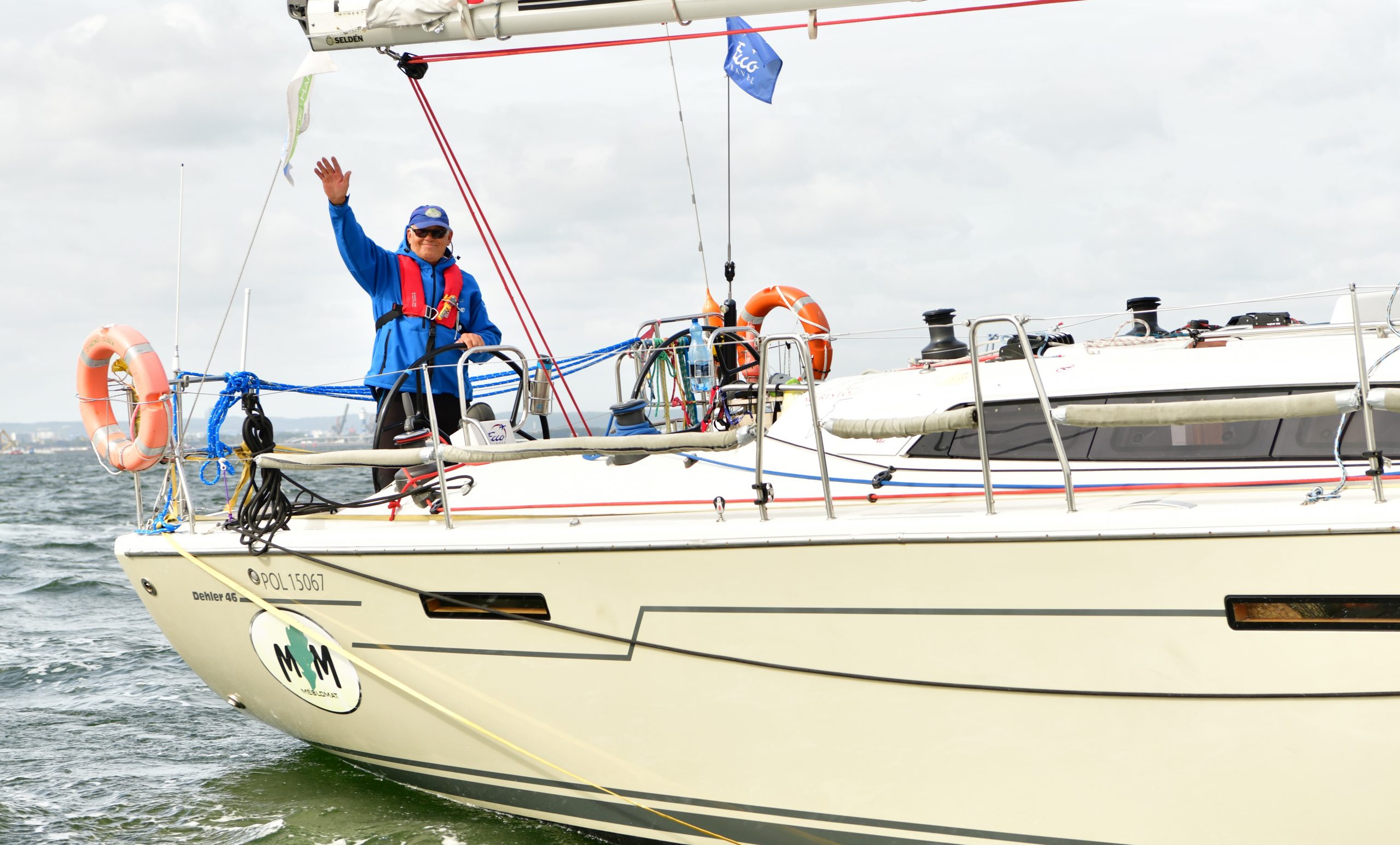 Earlier, in the first hours of the race, Maciej Banach at UNIQUE and Władysław Chmielewski at BINDI also withdrew from the regatta. Both due to autopilot failure. Władek Chmielewski, an extremely titled sailor from Szczecin, with high aspirations to win, did not hide his bitterness about this fact. “I feel very bad about this situation” – he confessed sadly.

Smaller yachts, especially BLUESinA with Piotr Falk, Good Speed with Witold Małecki and Odyssey with Tomek Ładyko, are fighting with great success and surprisingly effectively. In the case of the latter, the effects of hard work on the boat are clearly visible. This season, Tomek has definitely improved the efficiency of the trim and the speed of sailing.

The second part of the flotilla, which is usually closed by the Double Scotch, a brave but not very fast yacht of the Sadler 32 design, extended a bit more. However, this year, under the command of one of the rookies, Maciej Hejna, the speeds developed by this structurally slow unit are impressive. Maciej has worked hard throughout the season to prepare for the race and is now proving that you can get more from each boat than the constructor and the statistics predicted. Already at the start, Maciej showed his brave attitude, when he was the only one to put up a sail outside the basic set – the genaker. 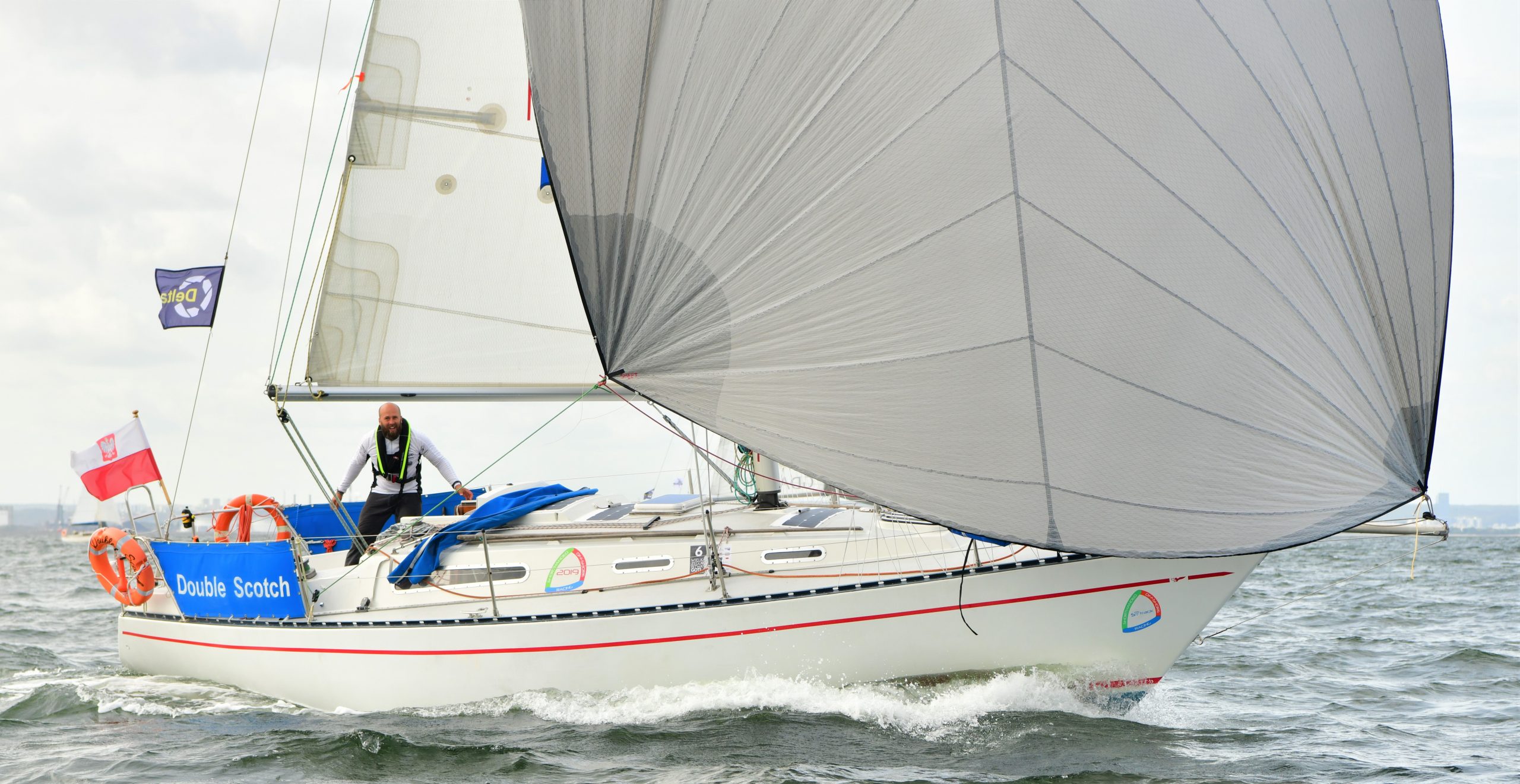 Were it not for the forecasted large drop in wind speed, the current pace of navigation would give a chance to break the route record, which has remained intact since 2013 and amounts to 62h15 ‘. It is clearly visible in the calculations of Kuba Marianski, whose yacht reached, from the start to the southern tip of the island, an average speed of 6.9 knots. This is a lot considering the length and age of Busy Lizzy (10m, year 1984). However, the upcoming light-wind conditions do not give hope for breaking records.

An expert, Juliusz Orlikowski, comments on weather forecasts: “After a very fast sailing in the strong western wind that occurred tonight, the weather conditions will change. There will be a marked decrease in wind speed. This is due to the expansion of the high-rise system to the north, which will include the southern and central Baltic. The wind force will decrease to 4 ° B, however there will be quite strong gusts of wind at the level of 6 ° B. The wind will still blow from a relatively favorable direction – west. Better wind conditions will be for the competitors at the beginning of the race in the North Gotland region. Tomorrow morning the wind speed will drop further to 2-3 ° B. It will be related to the equalization of pressure in the area of the boom. There will be a drop in the pressure gradient over a large area”. The meteorologist also announces that later, between 11.00 and 23.00, the wind will stop completely, in the entire area occupied by the flotilla. 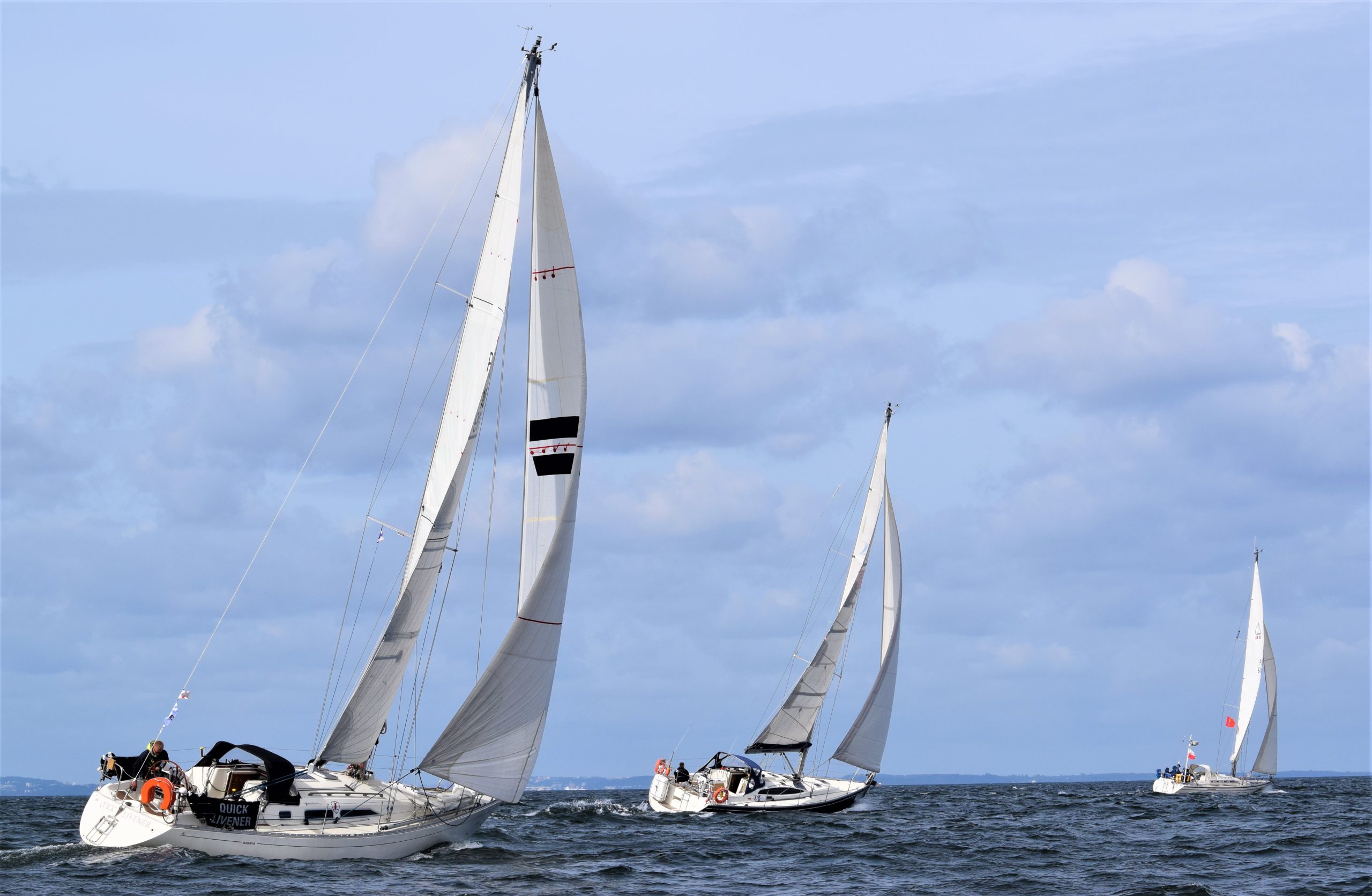 So what’s next in the race? For sailors sailing along the west coast of Gotland. Taking into account the forecasts, the fastest yachts should reach the turning buoy on Tuesday morning. And then the sailors will most likely be awaited by the flaut.

Paweł Biały is afraid of this on the Delphia III yacht, which is currently leading in the OPEN category. Paweł predicts that he will lose his good position, because there are no sails on board for the announced low-wind conditions. Therefore, his rivals, debutants Adam Szeligowski and Kamil Baranowski, may see it as an opportunity to overtake their experienced friend and win in the class.

It is also possible that Piotr Falk on BLUESinA will withdraw from the regatta in the near future. The sailor reported problems with the mainsail and his further participation in the race is questionable.

The first competitors at the finish line can be expected on Wednesday, September 16.