Breath after a storm

The second night at sea passed the competitors the Battle of Gotland much better than the first. The wind is gradually calming down, and the smaller wave allows for calmer sailing. At night, the leader, Jerzy Matuszak (Dancing Queen) withdrew from the regatta. Three competitors remain on the route, the others arrived safely at the port.

After the second day, the Baltic became much more favorable to the participants of the Battle of Gotland. There are only three of them in the race stake. They are in order: Zenon Jankowski (Oceanna, Outborn 39), Aleksandra Emche (Mokotów, Conrad 45 – Opal III), Paweł Biały (Delphia III, Delphia 40.3). Today at 12.00 Zenon Jankowski was already behind a turning buoy, Aleksandra was just passing it, and Paweł was 7 miles behind it. All of them are in good mood and sail without any major problems, staying in touch with the regatta office. Competitors are expected at the finish line tomorrow, Wednesday, September 18.

Zenon Jankowski (Oceanna): “Now it blows a little less, I managed to sleep at night, a total of three hours in naps. I rested a bit. Failures are small enough that I have nothing to complain about.” 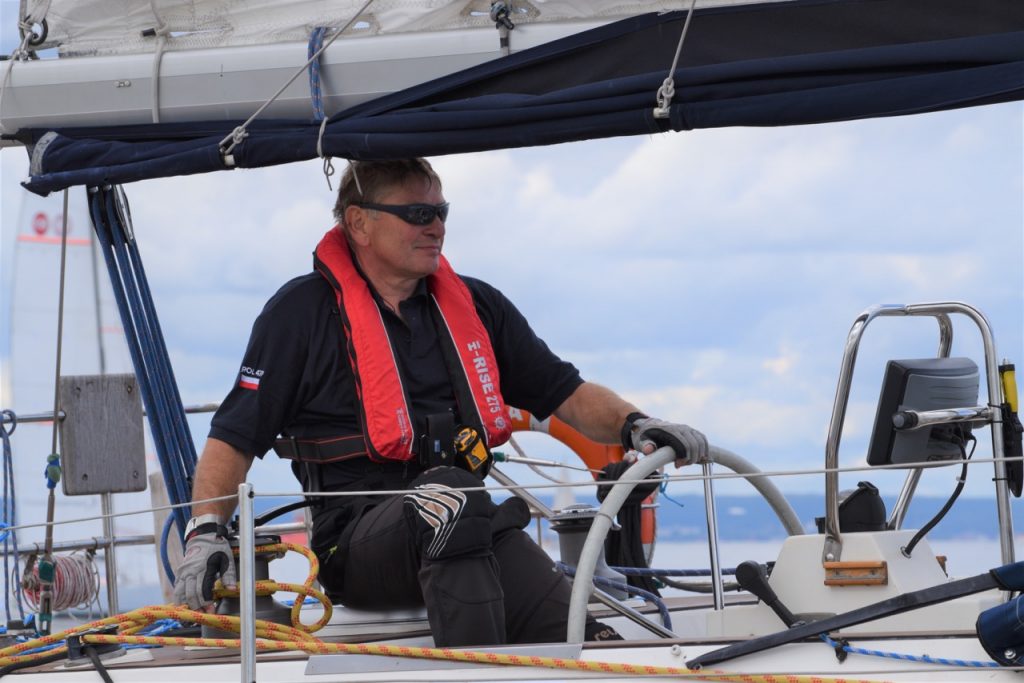 Aleksandra Emche (Mokotów): “Little wind, thanks to this I fixed the stay, because the pin fell out and only the bolt held it. Tired, but it’s good.” 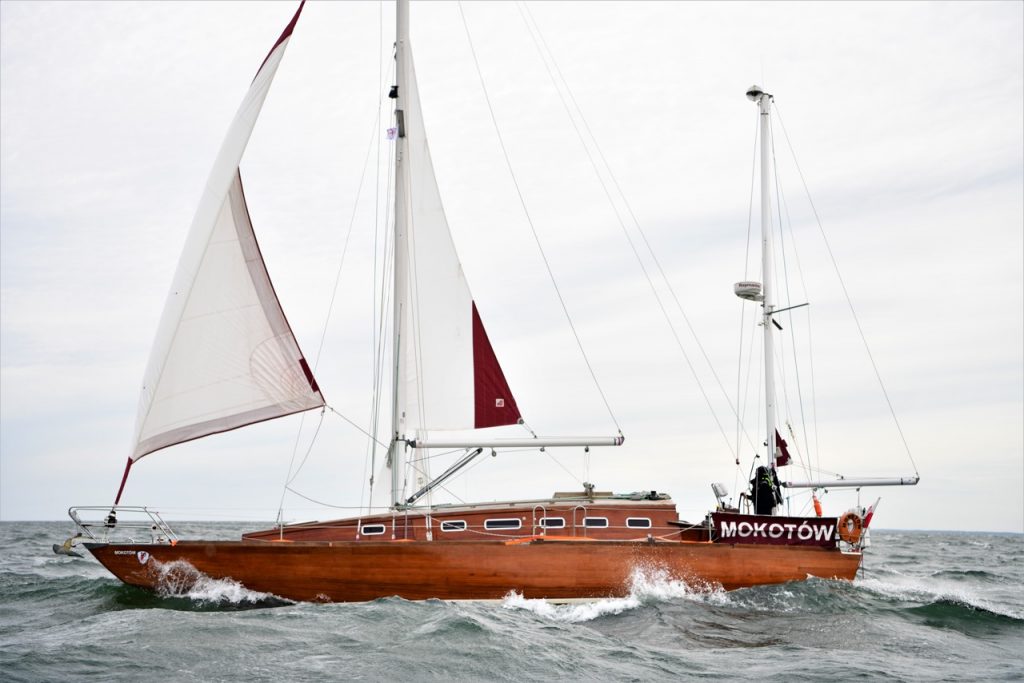 Paweł Biały (Delphia III): “A moment without wind, I am standing close to Salvorev, but the clouds are gathering, so we are going on. All OK.” 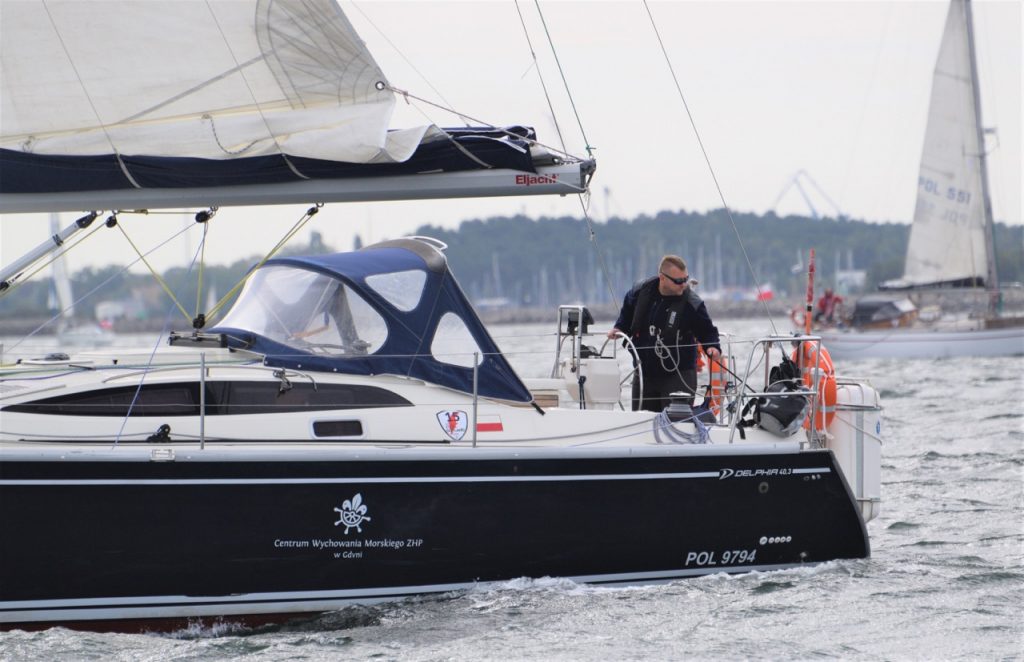 Weather forecast for yachts still participating in the Battle is a wind with a speed of 12-14 knots, increasing in strength during the day, sometimes reaching 30 knots, changing direction from west to north, favorable for competitors and enabling them to quickly return to the finish line .

Yesterday Jacek Chabowski (Blue Horizon, Delphia 47) and regatta leader Jerzy Matuszak (Dancing Queen, Dehler 46) withdrew from the regatta. A main sail crashed aboard the Blue Horizon and Jacek decided to turn back to Gdansk, where he arrived safely. Jerzy at Dancing Queen came to Visby after a navigation electronics failure in which he lost the ability to use the autopliot. In another port on Gotland, Vandburg, there is Jacek Zieliński and his Quick Livener. Damage to the mast heel caused blockage of the ropes, and consequently also damage to the sails.

An attempt is being made to bring the crew aboard the Ryszard Drzymalski’s yacht, Konsal 2. It is planned to move the yacht to the port of Klaipeda. Yesterday Ryszard was evacuated by emergency services and taken to the hospital. After completing the necessary examinations, he will be discharged home today. “An accident like mine can happen on every trip and it wasn’t caused by extreme conditions” – emphasizes Ryszard. “It’s just an unfortunate coincidence. I was unsatisfied because I left the functional yacht at sea by retreating. But next year I will gladly start again.”

After stopping in Władysławowo, to Marina Przełom in Górki Zachodnie arrived yesterday Kuba Marjański on Busy Lizzy. A large number of competitors await returning from the sea and provides them with a warm welcome.

Kuba Marjański: “The conditions were very difficult. Those who are most fortunate and well prepared are still flowing. The specificity of these regattas is that there is no choice of route or variants – you have to circumnavigate Gotland and return safely.

When deciding to circumnavigate the Baltic alone in September, we must have some measure of self-control and assess our own and yacht’s capabilities. The assessment of being able to sail further is part of this. Despite the conditions that are often borderline for crewed yachts, there are no major losses in this year’s Battle. Worse things happen in better weather – a year ago Andrzej Kopytko lost his mast, although there was no storm. “ 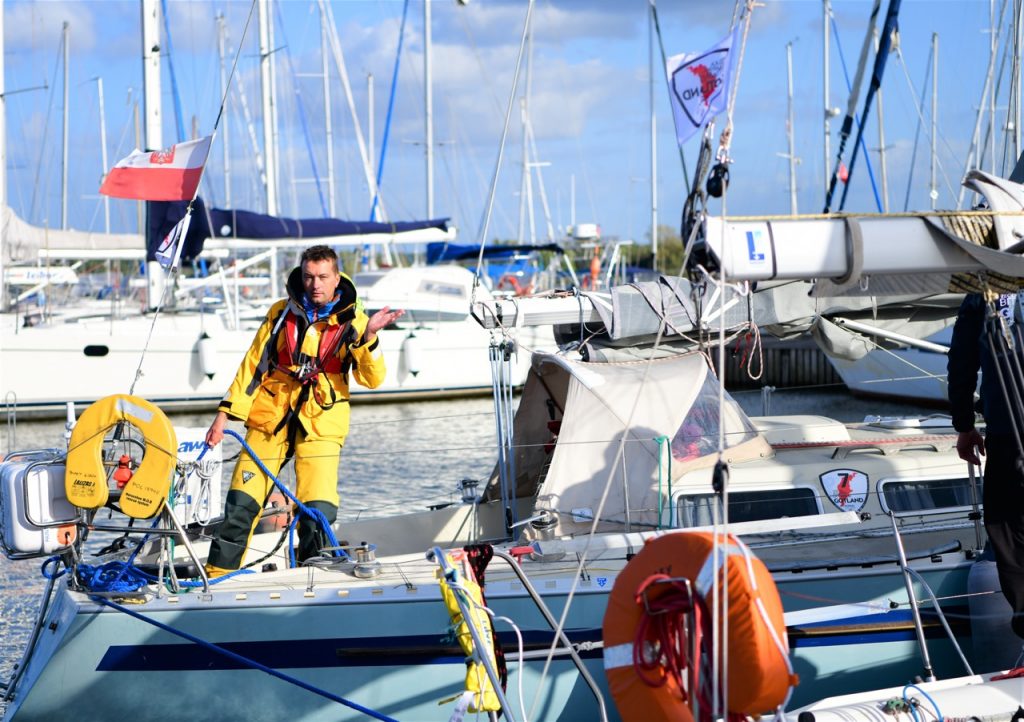 The route record is 62 h 15′ (2 days, 14 hours and 15 minutes) and was set by Krystian Szypka on the s/y Polska Miedź (Delphia 40). The competition rules are simple – after starting from West Hills, you have to sail around Gotland right side as soon as possible and return to the port. The route is 500 miles long, it usually takes 3-4 days to complete it. There are many experienced battle veterans on the route, including three women and two debutants.

Player positions can be followed in real time via the website http://yb.tl/bitwa2019 or via the YB Races phone application, as well as on the regatta website: https://bitwaogotland.pl/tracking/.

The Battle of Gotland – Konsal Challenge 2019 is the most difficult maritime sailing race in Poland and the only national regatta qualifying to start in international oceanic solo races. The rules of competition remain unchanged for years – the route is 500 nautical miles around Gotland and you have to overcome it without stops, sailing solo.

On the water remain: