The first day of the regatta passed in difficult, stormy circumstances. By 12.00 today 13 sailors from 19 who crossed the starting line yesterday withdrew from the solo race around Gotland. A rescue operation is also underway – one of the sailors has a broken arm, has already been evacuated by the SAR unit despite extremely difficult weather conditions.

“These are not easy regattas and they have never been” – admits the director and organizer of the Battle of Gotland, Krystian Szypka. “We knew the forecasts, the players also knew them. We were all aware of the oncoming storm. After a long consideration of all pros and cons, we decided not to postpone the start.

Shifting it by 12 or 24 hours would give competitors that they would have to tack to the wind with an even more extensive wave. This is the worst possible course and causing the most crashes.

Everyone had to assess their strength, the capabilities of their own body and yacht. We become better sailors only through experience and decision making in extreme situations. Some of the sailors turned around shortly after the start, deciding to quit the race before they reached their breakdowns or as soon as they became convinced that the equipment would be exposed to serious damage.

These were difficult but very wise decisions that we fully support. Those who felt up to it continued sailing. Each and every one of them is a hero of this edition of the Battle.”

There are currently six yachts on the route. The race stake is led by multiple regatta veteran, very experienced and, what is important, who has a large and proven yacht Jerzy Matuszak (Dancing Queen, Dehler 46). Behind him is Zenon Jankowski (Oceanna), followed by Aleksandra Emche (Mokotów), Paweł Biały (Delphia III), Jacek Zieliński (Quick Livener), and Jacek Chabowski (Blue Horizon). Everyone is getting closer to Gotland.

West of Kaliningrad from midnight to 1130 a rescue operation was underway. There was Ryszard Drzymalski on the yacht Konsal 2. Ryszard has a broken arm. Already at night, Bryza rescue ship was in his position, but due to the conditions it was impossible to board the yacht and help the sailor. Today before 12.00, another SAR unit, Storm, changed the Breeze, which managed to take Ryszard aboard. Currently, the ship is heading for Hel, soon we will know more details. 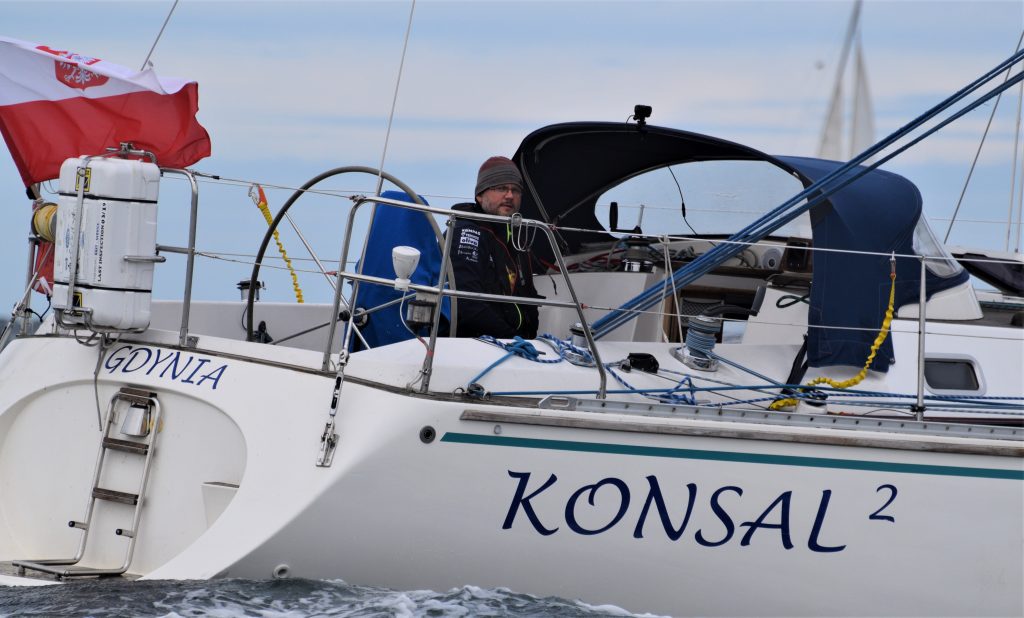 Nine competitors who have withdrawn from the regatta are already mooring safely in ports. In Marina Przełom in Górki Zachodnie there are Honorata Wąsowicz (Isfuglen), who arrived today before noon after a very difficult night at the helm, Tomasz Ładyko (Odyssey), Rafał Moszczyński (Warrior VIII) as well as Andrzej Kopytko (Opole) and Joanna Pajkowska (Caravela 950 ). Łukasz Wasielewski on Arietis stands in Jastarnia, Władysław Chmielewski (Bindi) and Kuba Marjański (Busy Lizzy) in Władysławowo, Grzegorz Rać (IRS Challenger) in Gdańsk. 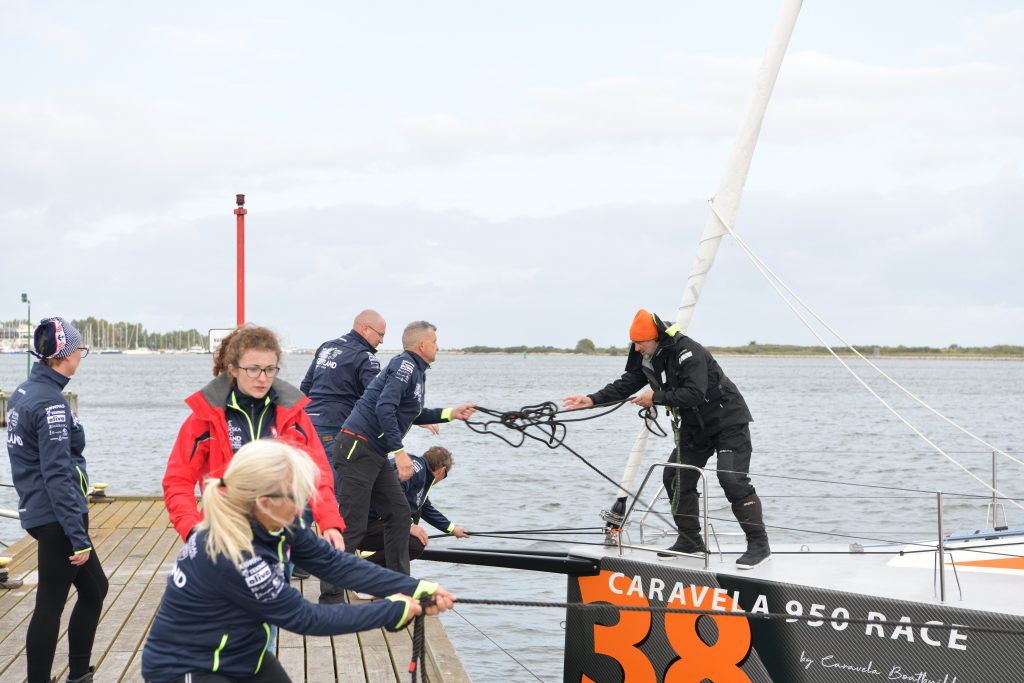 Asia Pajkowska: “The yacht was behaving in such a way that I wasn’t sure of it and I couldn’t reef more. It could use 3rd ref, and this was just the beginning of the wind, up to 33 knots, and there were to be more. Sailing in regatta on stormy sails is a bit pointless, so I decided to return to the port.”

Honorata Wąsowicz: “After Hel, when it gradually became stable, 37 – 44 knots of wind, I first threw down the main sail, and then I reduced the mizzen and lapper. Theoretically, nothing should happen. It was a reasonable rigging, and the Isfuglen was very stable. I don’t know what happened, that I lost my helm and autopilot hydraulics, but I’ll find out. These regattas are quite a training ground.” 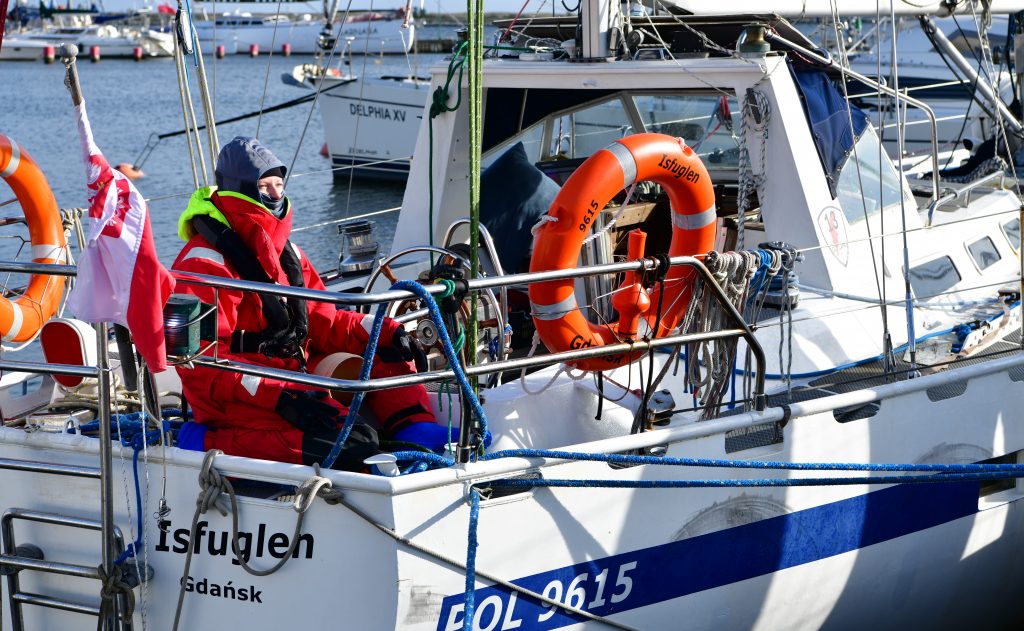 The next two competitors sail on the return course, assisted by the Fujimo. This is Dominik Ragiel (Trygław) and Witold Małecki (PGO Good Speed). They are expected today during the day.

This is neither the first nor an extremely dramatic edition of the Battle. In 2017, only one competitor (Mirosław Zemke, Hobart) completed. A 12° B storm forced some of the fleet to stop the race and take refuge along the way. Also in the first two editions, sailors faced strong storms.

The weather forecast for today is still strong wind from the WNW, with a speed of 23-24 knots (6 ° B), in gusts 26-28 (7 ° B), gradually weakening in the evening to 21 knots (5 ° B). “We can expect better conditions throughout the day” – comments Juliusz Orlikowski, who is preparing a meteorological forecast for the Battle of Gotland. “In the late evening local significant drops in wind speed up to 15 knots due to a slight increase in pressure are possible”.

The Institute of Meteorology and Water Management maintains a storm warning of up to 9 ° B. The current state of the sea is 6, which means waves reaching a height of up to 6 meters.

The route record is 62 h 15′ (2 days, 14 hours and 15 minutes) and was set by Krystian Szypka on the s/y Polska Miedź (Delphia 40). The competition rules are simple – after starting from West Hills, you have to sail around Gotland right side as soon as possible and return to the port. The route is 500 miles long, it usually takes 3-4 days to complete it. There are many experienced battle veterans on the route, including three women and two debutants.

Player positions can be followed in real time via the website http://yb.tl/bitwa2019 or via the YB Races phone application, as well as on the regatta website: https://bitwaogotland.pl/tracking/.

The Battle of Gotland – Konsal Challenge 2019 is the most difficult maritime sailing race in Poland and the only national regatta qualifying to start in international oceanic solo races. The rules of competition remain unchanged for years – the route is 500 nautical miles around Gotland and you have to overcome it without stops, sailing solo.