The Battle of Gotland is without a doubt the most difficult regatta in the Baltic! There are 500 nautical miles of solo sailing waiting for Battle Warriors, which means a minimum of 3 days of constant effort and concentration.

This year, the KONSAL Protection Agency is the titular partner – known for its reliability and professionalism throughout the Tri-City and beyond. This year’s regatta will thus be played under the name “Great Sailing Battle of Gotland – Konsal Challenge”.

Of course, KONSAL is also the frontman of this company, i.e. Ryszard Drzymalski – one of the greatest veterans of the Battle, who regularly starts every year since the 2014 edition. In the meantime, he changed his first s/y Konsal to a bigger and faster Slotta 1200, obviously bearing the name … KONSAL 2. Always in the lead, last year on the podium.

Not the first (and hopefully not the last) time, the Marshal of the Pomeranian Voivodeship Mr. Mieczysław Struk took over us his patronage and support. 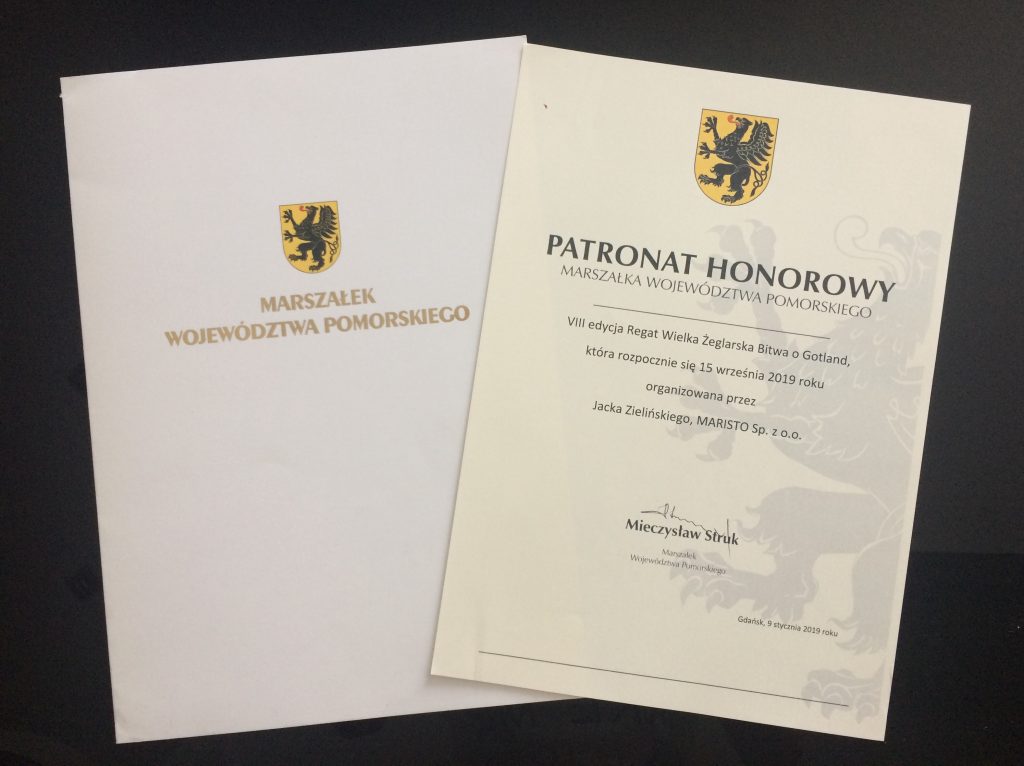 SEPTEMBER 15 WE INVITE YOU TO THE BALTIC ARENA TO TRACK MARINE GLADIATORS.

Only the bravest will complete the regatta, facing further obstacles, constantly fighting for the maximum speed of their yachts.

During such exhausting regattas, sailors not only compete with each other, but mainly fight their own weaknesses. Only those who master the ability to break down their powers and manage their psycho-physical condition will remain in the game so that in crisis moments, which on such a crowded and difficult sea will certainly not be lacking, be always ready and make good decisions.

500 nautical miles:
alone,
at full speed,
in constant readiness, in focus and concentration, despite increasing fatigue and drowsiness … up to the finish line. 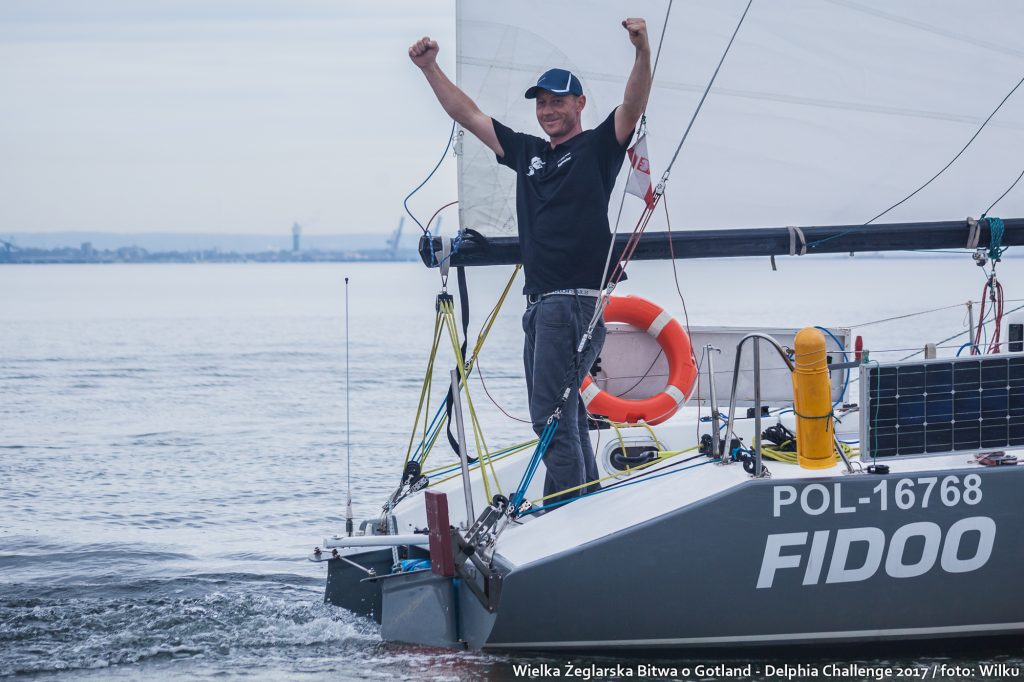 This is the 8th edition of the Battle of Gotland! The list of competitors is closed and the preparations have entered the final phase. On this occasion, it is worth mentioning the organizational aspect of our undertaking.

Since the Battle was founded in 2012, it has always been associated with a huge challenge and high scale of difficulty. Every year, we describe to you how difficult this race is for many reasons: demanding and dangerous sea, 500 miles solo without interruption and outside help, etc.

But the Battle is not only a great sailing test – for competitors, but also organizational – for us. Here the challenges start much earlier than on the starting line – practically on the first day after the end of a given edition, we begin preparations for the next Great Sailing Battle of Gotland. From the beginning, the Battle is a regatta at a very high organizational level, and often the organizers of other maritime regattas implement our solutions, which makes us very happy. Care for safety, high organizational quality and a great atmosphere – this is our business card and a magnet that attracts both players and fans. We are proud of it and it drives us to the effort. 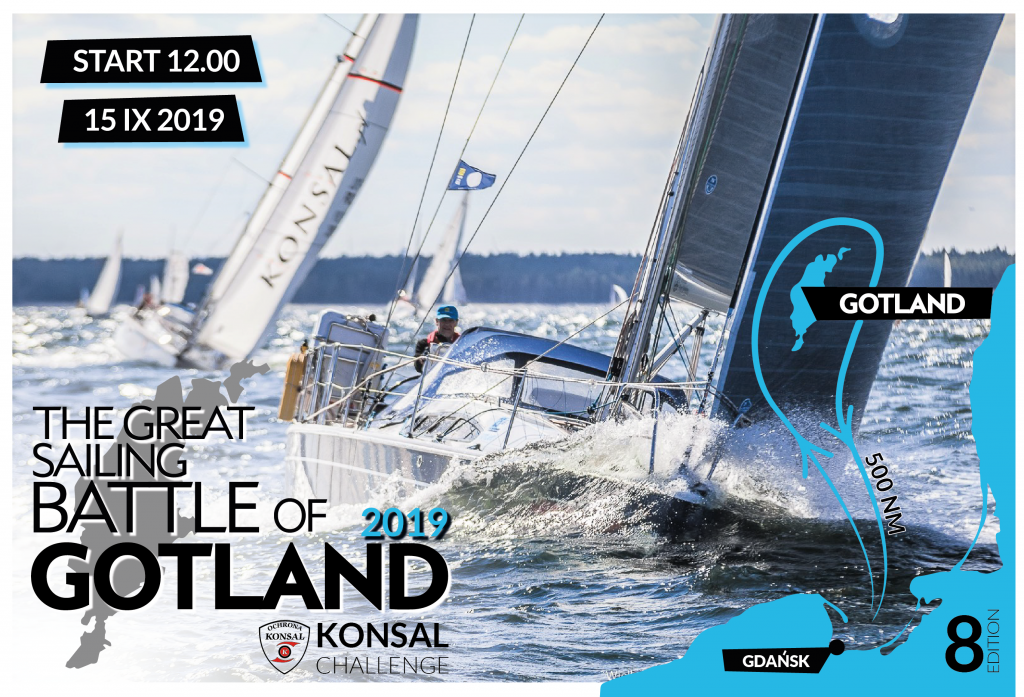 Such organization requires a lot of work, commitment and … of course, money. This year, we can again count on the support of our long-term partners: TEKNOS – OLIVA (producer of, among others, great yacht paints), MARISTO.pl sailing shop, KONSAL security agency, the KOMPAS company – an experienced leisure organizer for children and the OCEAN TEAM sailing school. We also received an invitation from the owners of MARINA PRZŁOM, so we will be able to make ourselves comfortable again in this extremely pleasant and atmospheric place, where thanks to the hosts we feel really at home. Thank you for that!

In the meantime, it is less than a month to start. The shore team is completed and, as always, wonderful, committed people are with us. Subcontractors are working on the implementation of the necessary materials, and the organization is entering the most dynamic pre-start period. As every year, fans will be able to follow the struggle online. We will also see each other traditionally the day before the start in Marina Przełom, where life will not go down until the finish of the last competitor. We also have a surprise for fans that we will soon announce. Welcome!

On behalf of the organizers

Something special for Battle fans

This has not happened yet! This year it is possible to buy Battle clothes, previously reserved for a small group of Competitors, Partners and Organizers.

Every year they enjoyed huge popularity and we were asked many times about this possibility. So there they are! You can get a Battle Hauberk (softshell jacket) and a long sleeve sweatshirt made of technical material :) Clothes are in production, so we can’t show photos. But you know them for sure from previous years. Below we present visualizations and historical photos. :)

Clothes ordered up to August 25 will be available for collection during the regatta in Marina Przełom (after this date it will be possible to send or collect them personally after the end of the regatta at the Maristo store: ul. Grunwaldzka 6, Rumia).

Limited quantity! You can already order by e-mail to the address wyprzedaze@maristo.pl or by writing to us in a private message on Facebook LINK HERE, and in response to the message you will receive all relevant information about the payment and the method of delivery (in case of the lack of personal collection). Make sure you enter the sizes. Welcome!